According to two legendary guitar makers, Robert Godin and Paul Reed Smith, one can never be sad with a guitar in his hands, it is “an instrument of happiness.” Imagine, then, 100 guitars!

Instruments of Happiness is clearly obsessed by the electric guitar!

Following the enormous success of last season’s inaugural concert, Bradyworks returns with a new guitar-obsessed production. This time: a full concert program! Two new premier performances (new works by Tim Brady and Joane Hétu), an icon of baroque mastery (Bach) and a “classic” Bradyworks selection from the vaults (circa 2002) complete the program.

This impressive concert brings together, for the first time ever, all three ensembles of Instruments of Happiness: the quartet (Tim Brady, Simon Duchesne, Marc-Olivier Lamontagne and Jonathan Barriault), the professional orchestra of 20 guitarists and the 100-strong community-focused ensemble.

The concert is also a CD launch for Instruments of Happiness (quatuor), the quartet’s eponymous debut album on the American Starkland label.

Instruments of Happiness is clearly obsessed with the electric guitar, and they take this obsession to their highest level of expression yet. The concert shows off the capabilities of the electric guitar to navigate and transcend many worlds — the program presents a diverse vision of musical, spatial, technological, historical, and social contrasts built on the singular and unifying notion that the electric guitar is indeed an instrument of happiness.

The second edition is in full force April 2016, this time at the immense church of Le Gesù, to celebrate the 100 years of a true musical revolutionary: Charlie Christian. He was the one to actually invent the “guitar solo” in the late 1930s, and he was the first-ever black guitarist to grace the stage of Carnegie Hall. This milestone is celebrated with the premiere of Tim Brady’s new work 100 questions, 100 réponses, which places the 100 guitarists in every nook and cranny of this massive church, creating an immersive, surround-sound guitar experience.

The third edition returns March 2017 for another completely new project in honour of Jimi Hendrix’s 75th birthday with a performance in a major public space.

I have played guitar since 1967, electric guitar since 1972. My interest in the instrument really began on February 9th, 1964, when The Beatles appeared on the Ed Sullivan show for the first time. The guitar (and the music) is created to make us happy, sad, contemplative, ecstatic… frankly, one is never indifferent in the face of music. According to two legendary guitar manufacturers, Robert Godin and Paul Reed Smith (my 2 favourites), you can never be sad with a guitar in your hands. Absolutely. The guitar is an “instrument of happiness,” hence our name.

Since 1984 I have been exploring a new approach to the electric guitar vision as both a composer and a guitarist. It is a vision which does not ignore our roots in jazz, blues, rock and noise, but it is a vision which seeks to extend the boundaries of the electric guitar, incorporating chamber music, electroacoustics, orchestral music, opera, the-sky’s-the-limit…. “Instruments of Happiness” is simply the next step in this evolution. 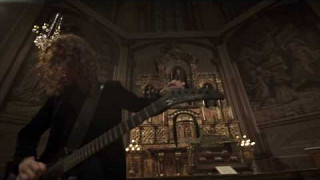 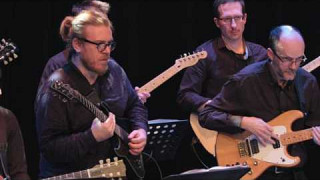 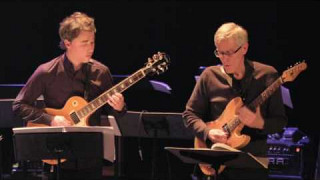 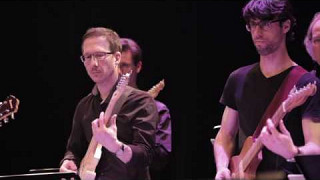